Home Politics Why I’m Not a Social Democrat, by Alexis Corbier
Politics 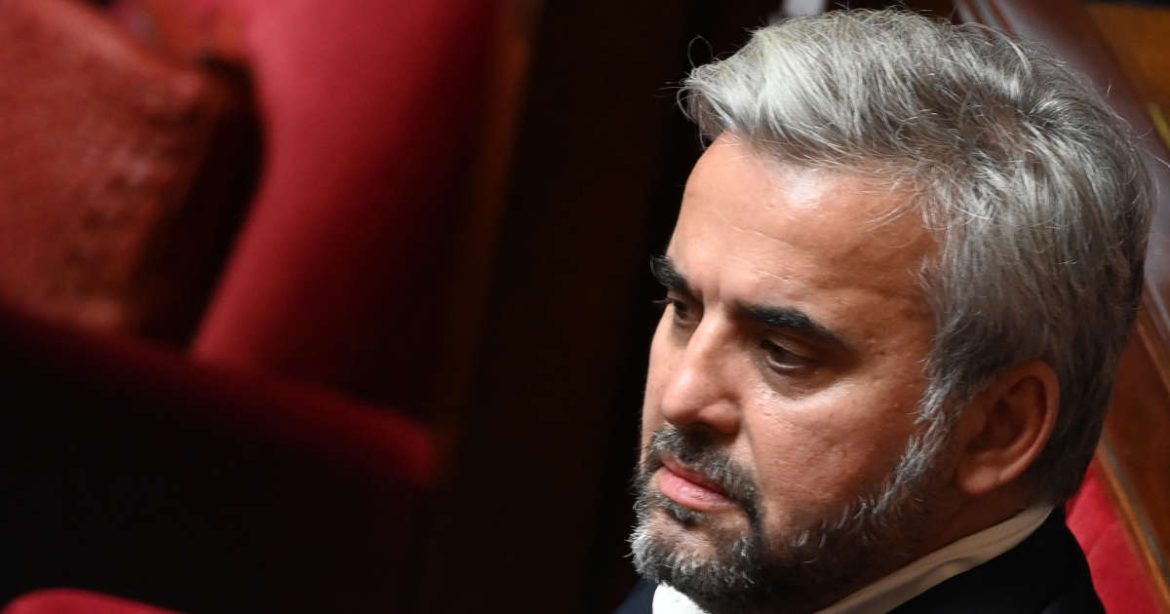 My companion François Ruffin gave a rich interview to “l’Obs” in which he claimed a new political identity, which he declared by saying of himself: “I am going to communicate with others.” Full cover of the weekly headline next to his photo: I am a Democratic Socialist. And the whole outlines a strategy that, in his view, will make it possible to win in 2027. As it opens up a debate, I want to lay out my own arguments for it, point out some profound differences in analysis and explain why finally the way he proposes would be a dead end. .

François Ruffin: “I am a democratic socialist”

Above all, and to avoid false debates, we must remember what social democracy is. In its scheme, the social democratic model combines a reformist political strategy with a form of organization that is based on the close ties between a mass party, firmly entrenched in the working class, dominant and almost unique to the left, and a trade union. movement with the same force. The convergence of the two forces generally allows for the formation of a dense fabric of associations, research institutes, subscribers and various social actions. This social democratic model largely dominated the political history of Northern Europe after 1945. Unions then became powerful enough to force employers, also organized on a national scale, to make favorable concessions to workers on the sharing of the wealth created.

In the social democratic ideal as it was born at the beginning of the twentieth centurye A century, capitalism will be forced into such retreats that, from concession to concession, politically guaranteed by party strength, the social revolution will become almost useless. Even if social democratic parties gradually abandoned the prospect of overcoming capitalism, it cannot be denied that this framework allowed significant social progress until the 1980s throughout Europe. But France has never known a true social democracy.

The Socialist Party of 1971 was not a mass party, let alone a workers’ party. French trade unionism is divided and the links between the Socialist Party and the trade unions have always been very loose. Ironically, the party that was perhaps closest in France to a social democratic organization was the French Communist Party in its heyday, with its strong popular presence, close ties to the CGT, the country’s leading trade union federation, and the tight weave of satellite associations. . But the French Communist Party never took this position.

The new ambitions of François Ruffin

Instead of social democracy, another method of social transformation has been built in our country since the end of the 19th century.e century of republican socialism. Jean Jaurès writes the socialist ideal in an extension of the republican struggle. The conquest of social equality cannot be achieved without penetrating democracy into the heart of the productive system, and thus overcoming capitalism. “Socialism is a republic carried out to the end with the utmost democracy,” Jaurès wrote in 1901. A return in 2022 or 2027 to social democracy, to its methods and forms of organization compatible with it, will not be easy in a country where it did not really exist. But, above all, the social democratic method is no longer applicable today even if the imperative to share the wealth produced better for the workers is not debatable.

The social democratic consensus of the followers of the Trinity Glorieuse or its French equivalent was already based on strong economic growth and the national character of the economy. In this context, the struggle for wealth sharing between capital and labor allowed everyone to share in the fruits of growth. The employers had to concede to the employees a share of the additional wealth produced, but the company kept a share of it as well for its investments and the distribution of profits to its owners. As long as there is growth and businesses are forced to stay within the national framework through restrictions on the movement of capital and goods, the social democratic settlement has worked. Until the 1980s, it worked well for the workers.

This explains why, since the 1980s, on the initiative of Ronald Reagan and Margaret Thatcher, the capitalist powers have done everything in their power to impose a new economic order based on the liberalization of capital movements, generalized free trade, and the destruction of social protection. In short, neoliberal globalization. To put it more simply, when a manager can move a factory without too much difficulty, when the owner is a pension fund, when you can put the employees of one continent in competition with the employees of another, there is more room for social democracy.

Let us also not forget that the social democratic settlement ignores the price that nature and climate pay for economic growth. Productivity is another condition for the negotiated division between capital and labour. Capital accepts wage increases more easily when the increasingly brutal exploitation of environmental resources allows it to maintain its rates of profit. We now know what environmental catastrophe it led us to. This is an additional and essential reason why it is impossible today to reproduce the solutions of the past.

Fabien Roussel in front of Benoit Hamon: “The Benefits”, Left and Action

In light of this, we better understand the successive failures of the “Social Democratic” Social Democratic Party, which is not a personal or personal problem, but a strategic one. This impasse ended up damaging the label, in my eyes emphatically, by affixing it to a politics which, in a caricature of François Hollande’s time, ceased to be nothing more than a rather brutal modification of the neoliberal order. So why go back to the failed model? In the coming years, can a revived social democracy have any other program than social ambition reduced to a few, lacking the means to impose it on transnational financial capital? However, the balance of power must be built against this adversary for a better distribution of wealth and maintenance of conditions of survival on earth.

In addition to a false ecological understanding, the social democratic method finally suffers from another major flaw: it ignores, or at least underestimates, democratic determinism. However, this is the lock that must be unlocked for future victories. Can we hope to change people’s lives as more and more citizens distance themselves from democratic life and elections because they have, and not without reason, a sense that they are ignored by the institutions that are supposed to represent them? We will not succeed in imposing a better distribution of wealth, or environmental planning, or transferring the economy and production, without a long-term political mobilization of the entire population. To bring citizens back into political action, it will not be enough for them to appear as those who show the greatest sympathy, or who judge the program of actions—by whom, anyway? – the most “realistic” or the most capable of attracting cunning hypothetical left-wing voters. no.

Giving priority to those who are farthest from democratic life

On the other hand, it is necessary to propose to citizens the restoration of power over their personal and collective lives. Therefore, the democratic struggle must be at the heart of our popular mobilization strategy. We must not stop offering rights
New for citizens: intervention, petition, referendum initiative, control of powers, removal of elected officials … This program of the democratic revolution is the project program of the Constituent Assembly of the VI.e The republic we hold. Recall that the deeply popular movement of the “yellow vests” carried, in its own expressions, a similar demand for democracy, at the same time as it demanded work and a decent life for all.

This new way of thinking and reviving our sovereignty will always be the hallmark and guide of a people who have no master. The French suffered the chin blows of the powerful Elysée and the Bonapartism it deployed that diminished the absolutist exercise of minority power. Like environmental planning, democratic demands are not a radical supplement to the spirit but a necessary condition for building the common future that the country needs.

Stephane Le Foll: “Why was my leftist killed?”

Strategically, this political agenda requires that we address as a priority those who are furthest from democratic life: on the one hand, abstention voters who come overwhelmingly from working-class backgrounds; On the other hand, on this point, François Ruffin and I, the popular voters of the National Rally who are victims of the crisis and deceived by the antisocial lies of the far right, agree. But, as difficult as the task may be, we must force ourselves to do so without any concession to xenophobia and racism, without giving up an inch from the requirements of republican equality and human solidarity. We will not make decisive progress in the next election primarily by appealing to left-of-centre voters. It was not by concealment, but by the truth and frankness of our program that we got 7.7 million votes in the last presidential elections.

Instead of resurrecting zombie-democratic socialism, we will prevail by persuading better than ever that a solution to the country’s misfortunes requires a triple rupture: in our way of producing and sharing wealth, in our organization to fight climate change and the political institutions that allow us to form society. In three words, by building a social, democratic and environmental republic. The task, of course, is complicated. But, to win in 2027, there is no possible shortcut. And even less nostalgia for a past that is no longer there. Or worse, which wasn’t there.