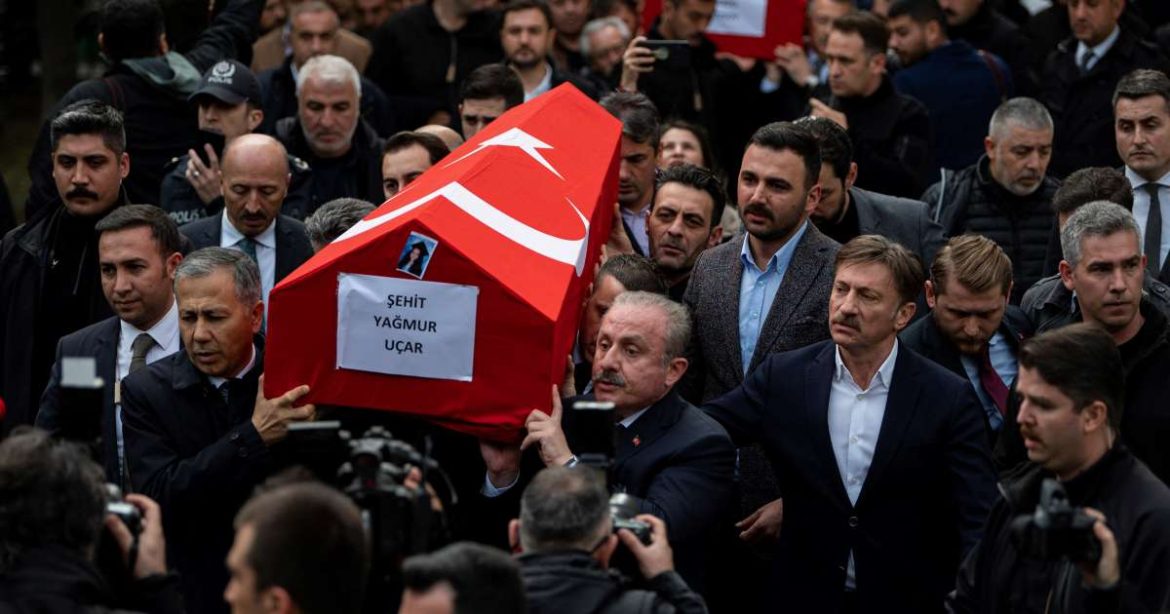 On Sunday, November 20, Turkey launched an air operation in northern Iraq and Syria targeting several areas under the control of the Syrian Kurdish forces and the Kurdistan Workers Party (PKK), which Ankara blamed for the recent attack that left six dead and 81 wounded in Istanbul.

Immediately, the PKK and the Syrian Democratic Forces, backed by Washington, rejected these accusations and denied any involvement in this attack.

“The hour of reckoning has come! The bastards will be held accountable for their treacherous attacks.”released it at night on Twitter.

The Turkish army carried out nearly 25 air raids in the Syrian governorates of Raqqa, Al-Hasakah (northeast) and Aleppo (north), killing at least nine Kurdish fighters and six dead in the ranks of the Syrian regime, and wounding 31 others, according to the report. The Syrian Observatory for Human Rights (OSDH), a London-based non-governmental organization with an extensive network of sources in Syria.

The strikes mainly targeted the city of Kobani (north) and its surroundings near the Turkish border, especially grain silos near Al-Malikiyah (northeast) and a power station in the south of this province located in the areas under control. Syrian Democratic Forces (SDF, a Kurdish-dominated armed alliance).

A photographer told AFP that the Turkish strikes completely destroyed the fourth power station in Takul Bakul, near Al-Malikiyah, south of Al-Hasakah Governorate, and he saw bodies near a car on Sunday morning immediately, and large holes in the ground.

The bombing also targeted sites where the Damascus regime forces are deployed in Raqqa, Al-Hasakah and Aleppo, according to OSDH.

‘I locked myself in my head and forgot the screams’: Fabian Azoulay recounts his hell in Turkish prisons

“Kobani, the city that defeated the Islamic State, is targeted by air strikes by the Turkish occupation”The spokesman for the Syrian Democratic Forces, Farhad al-Shami, announced that he had denied any connection with the attack, which reported the killing of two members of the Syrian Democratic Forces in Al-Malikiyah, and four soldiers loyal to the regime in northern Aleppo.

The Commander-in-Chief of SDF, Mazloum Abdi, denounced the bombing “Aggressive and barbaric”. “Turkish bombing of our areas threatens the entire region. This bombing does not serve any party. We are doing our best to avoid a major catastrophe. If war breaks out, everyone will be affected.”he tweeted.

“No casualties” in Iraq

On the other hand, the Turkish strikes were unsuccessful “no victims” In northern Iraq, an Iraqi Kurdistan Regional Government official told AFP. “The Turks targeted at least eight areas where there are bases of the PKK without causing any civilian casualties.” This official confirmed quoting the mountainous areas in Şengal, Rwandans, Bradost, Qandil, Assos, Soran, Rania and Qaladzilocated between Erbil, the capital of the autonomous region of Iraqi Kurdistan, and the Iranian border.

According to a spokesman for the PKK “These operations are not new, they have been going on for seven months without interruption.”affirming that “The Turkish army carried out 3,694 bombing operations on the territory of Iraqi Kurdistan.” during this period.

The day after the attack on a busy shopping street in Istanbul, a young woman, presented as a Syrian national, was accused by Turkish authorities of planting the bomb.

‘Nest of Spies’: In Istanbul, secret agents have left the palaces but are still plentiful

According to Turkish Interior Minister Suleyman Soylu, “The order to attack came from Kobane”a city controlled by Kurdish forces.

On Friday, the US State Department said it feared Possible military action by TurkeyIt advised its citizens not to travel to northern Syria and Iraq.

At war since 2011, Syria is fragmented due to the involvement of multiple groups and foreign powers in the conflict.

Turkey, whose soldiers have been present in northern Syria since May, has threatened to launch a major attack on the Syrian Democratic Forces, which it considers. “terrorists”. Ankara says it wants to create a file “safe zone” 30 km on its southern borders.